Wish you were in Italy? Reborn Italy Tours Series is a sequence of virtual tours that will take you to Italy from the comfort of your home.

I read once that Italy is the country that travel was invented for, and I couldn’t agree more. People visit Italy for its rich culture, cuisine, history, fashion and art, beautiful coastline and beaches, mountains, and priceless ancient monuments. There are an incredible number of places, towns, and villas to visit. My list is huge! And I would love to virtually take you to some of these places.

So whether you have Italy in your bucket list or not, this is a great opportunity to learn and enjoy this beautiful country full of history and magical places. You will experience a collection of Italian cultural sites and places from different sources, all together, for your easy access.

Let’s start getting a taste of Italy with our first chapter: Rome, The Eternal City

There is no better way to kick off this series than starting with Rome, the capital city of Italy, whose history spans 28 centuries.

Rome has a nickname that dates back more than two thousand years: The Eternal City. The epithet of ‘The Eternal City’ or La Città Eterna, as the Italians know it, is thought by scholars to have originally been used in the first century by the poet Tibullus. The idea of Rome as an everlasting city came about due to the strength and power of the empire in ancient times. For citizens who witnessed the empire stretched across Europe and parts of Africa, it seemed incomprehensible that Rome could possibly have an end.

Romans believed that their city was the peak of the world, and their views were backed up by other prominent poets who began using the title in their own work. Fast-forward to our modern era and the name still hasn’t lost its touch. Though the days of the Roman Empire are long gone, the city itself really does seem eternal, even after all these centuries. (Source: thetravel.com).

A week would not be enough to experience all that Rome has to offer. From historic tours of its ancient landmarks through churches, museums, fountains and piazzas. Anyone can be delighted experiencing the magic of Rome.

A Walk in Rome

I like to start this adventure with a virtual walk through some of the most visited landmarks where you will be able to see the narrow streets, the colorful buildings, the unique piazzas, the restaurants with outside tables, and experience how wonderful could be to visit Rome. The walk is divided in six videos for a total time of 108 minutes, starting in Piazza del Popolo and ending in St. Peter’s Basilica. So get you coffee, tea or glass of wine and let’s take a walk in Rome.

One can’t help but be amazed by the historic ruins and monuments that Rome offers to anybody who visits it. The city, well-known per its ancient Empire, has a treasure of history and culture to discover and enjoy, offering the most popular landmarks and monuments around the world. So let’s get your dose of culture and history of some of the most famous ancient landmarks in Rome.

The Colosseum
or Colosseo (Italian), a monumental construction with almost 2000 years, stands as the largest amphitheater ever built and one of the most significant and iconic symbols of Rome. Situated in the archaeological heart of Rome, it welcomes visitors from all around the world, who are attracted by the fascination of its history and its complex architecture.

Check out these options of virtual visits to the Colosseum:

The Roman Forum or (Italian) Foro Romano was first developed in the 7th century BC to become the main center of the Ancient Roma, where religious, political, commercial, and public life took place. Its size was 170 meters by 250 meters. The Forum is today a collection of ruins of architectural pieces and periodic archaeological excavations. However, the Forum along with the Colosseum, are the most visible sign of the richness and magnificence of the Roman Empire.

The Palatine is the most famous of Rome’s seven hills. In Ancient Rome it was considered one of the most desirable neighborhoods in the city, and was the home of aristocrats and emperors. It was also believed to be the location of the Lupercal (the cave where Romulus and Remus were found by the she-wolf). Today, the Palatine is an extensive archaeological site, where the ruins of the Flavian Palace and Stadium of Domitian can still be seen, along with the legendary Hut of Romulus. The remains of the House of Augustus and the House of Livia have also recently been opened to the public, and are worth visiting for their amazing, well-preserved frescoes. (Source: romaexperience.com)

Most of the virtual visits and video are sourced by Airpano, Photo JPL, and ProWalks

I hope you have enjoyed as much as I did. Rome is such a magical city that the many options of things to do and enjoy seem to be eternal. That’s why the next chapter of this Reborn Italy Series will be our visit to the Museums in Rome. 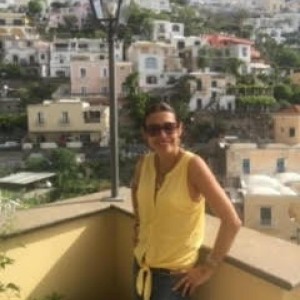